One of the advantages of being unemployed is to have the time to get new techniques in more detail.

As I needed a new corset for my bustle dresses, I started looking for a pattern in my library, out of traditional Norah Waugh or Jill Salen, so I turned to Frances Grimble again.

Her books do not abound in underwear patterns, I went rather defeatist (eg I had looked for a 1910's corset pattern unsuccessfully) but delight I found two patterns of the 1880's : one with gussets and one without. Just to simplify my life with a minimum of adjustments, I chose the version without gusset. Everything had well begun : in a little less than 1:30 am, I had enlarge my 6 pieces.

However, by finishing the last part, the tragedy happened... I realized that I did not used the ruler from the "zero", but from the top edge, that means about one measure furthermore in every point... 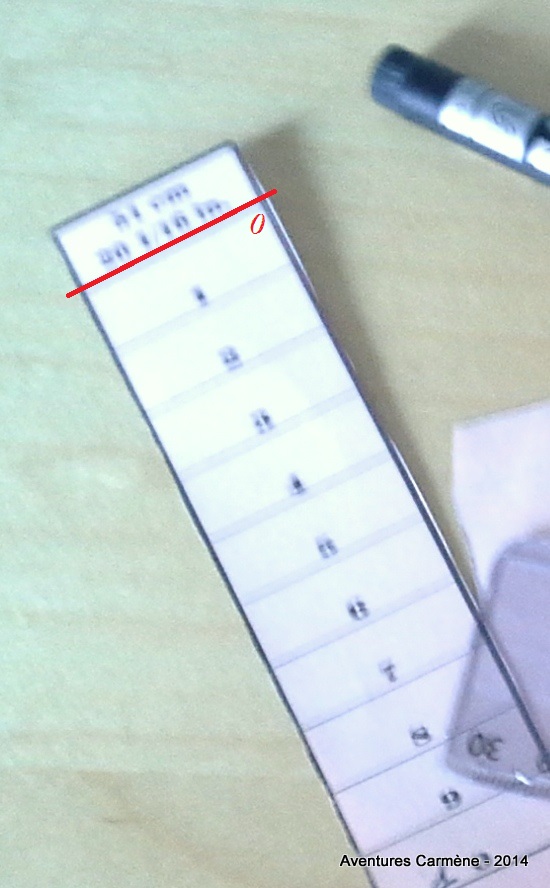 So rebelote, taken back all the measures (fortunately rather quickly) to get to the blue lines on the above pattern
.


Much to my surprise (yes that still manages to surprise me !) the mock-up, mounted quicly and without bones, seems to go has almost perfection. 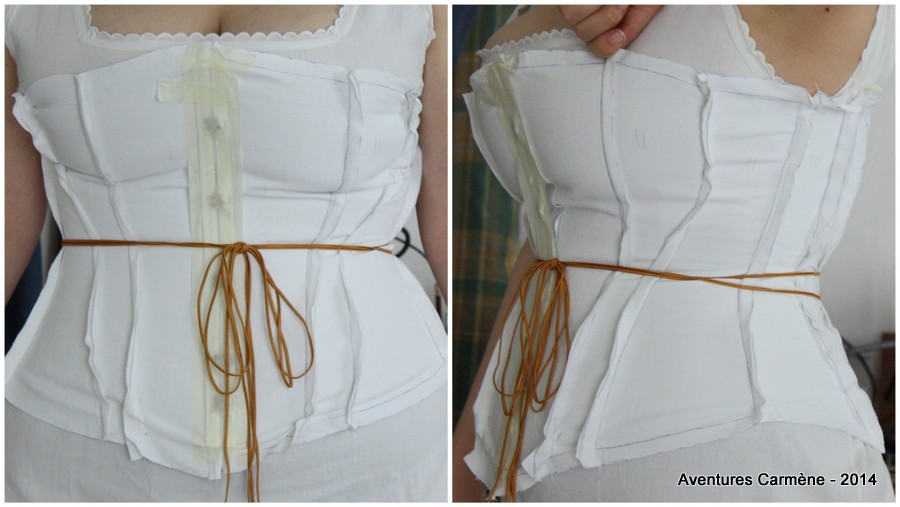 Thus, I did not ask myself too many questions before I start cutting the fabric. It’s a pretty green silk with small motive tone on tone and a golden frame.
Explanations do not give much informations : "The corset has a front clasp and bakc lacing. A strip of material is set onto the seams lengthwise to hold three bones."

I wondered what to do and how:
- The fabric is very thin, should I line it or not?
- I wish to use felted seams as bone casings, it increases the strength and in my opinion gives a prettier rendering. 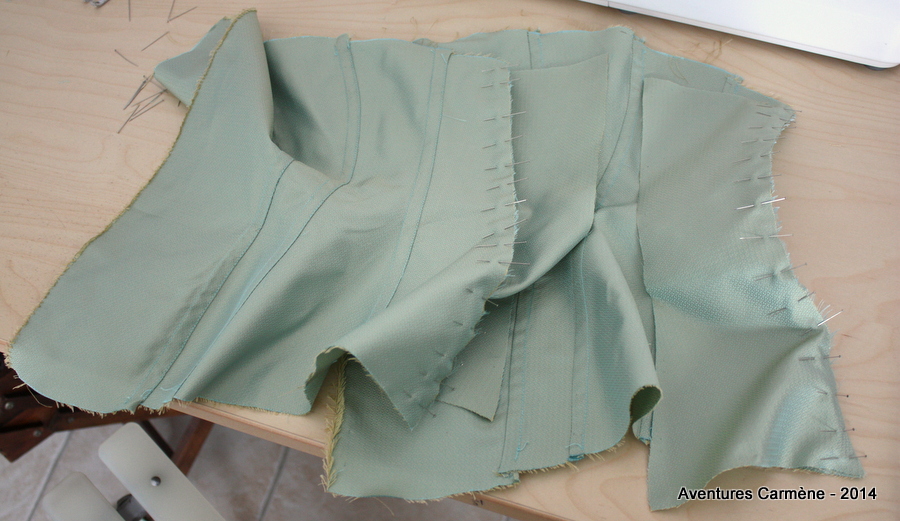 It was the 1st time I used spiral boning, for the 3 side seams. Certainly we gain comfort and movement, but on the other hand it was a bad adventure to insert them.
First, after 3 unsuccessful attempts and a finger pinching, I gave up the idea to put ending tips : either I'm not very good (what is possible) or there is a special technique to put them, but impossible to make them hold on my bones, nevertheless well flattened with pliers and just like I had seen on various Web sites.

The bias is hand-made, in an old one fabric, which luckily was in the good bronze shade.

A few hours and a few flossing work later, I was able to making a complete trying.

Remains to decide on a lace border. As I did not manage to decide, I asked my friends on FB, and the answer is unanimous: WITH!